This article is rewritten from a WSJ post which you may read here.

What’s it like to dive headfirst into the luxury real estate market?  That’s just it—it’s a lot like diving into a body of dark water where you don’t know which way is up or down, if it’s hot or cold, or if you’ll sink or swim as a buyer or a seller. There’s one element of real estate that keeps all parties on their toes, and that’s the shifting local landscape that truly dictates what the market will be like. So, how do you dive in smart?

It’s about examining the less fluid factors that power the country’s most influential buyer’s and seller’s markets and understanding the insight we can glean from them.  There are intense, luxury buyer’s markets and equally extreme seller’s markets in this country, it’s just a matter of rolling up our sleeves and digging into their information to truly understand how to strategize, survive—and thrive—in them. 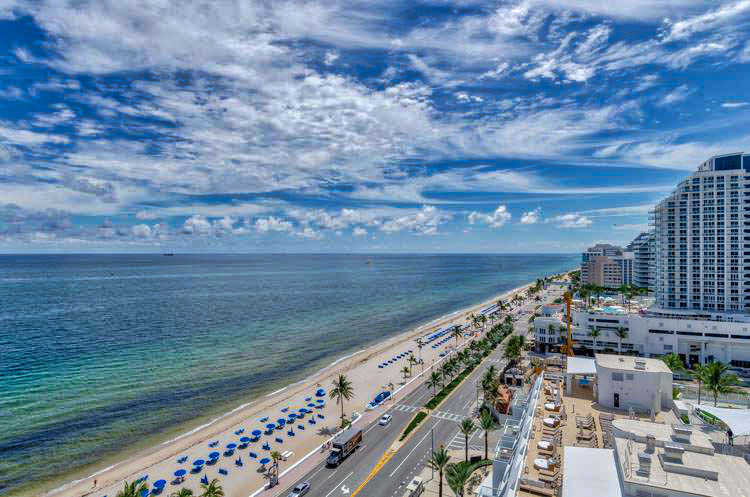 Is the Water Fine? Dipping Your Toes into a Buyer’s Market

You’d think when an area has been declared a buyer’s market you’d assume that buyers would their pick of local luxury real estate.  That wasn’t the case for the Fitzgeralds, who were in search for a home with a waterfront view in Naples, Florida.  Thomas G. Fitzgerald recalled that their relator “showed [them] about 15 homes priced from $6.5 million to $15.9 million” and while the ones with the lower price tag were nice, they were “not on the water” like they wanted.

After seeing 15 homes and not being impressed, the Fitzgeralds eventually found one listed for $10.95 million near the downtown, closing on it for $9.6 million.  Why does this happen?  For second-home luxury vacation markets, this isn’t uncommon.

Places like the Hamptons, the Keys, and Naples, where the Fitzgeralds experienced the disappointment of a buyer’s market can see a heaping inventory of homes with sellers that seem to be on vacation themselves when it comes to shedding these properties.  Many of these sellers paid cash themselves for these homes, and because of their investment, they’re not feeling the pressure to sell them for a steal. 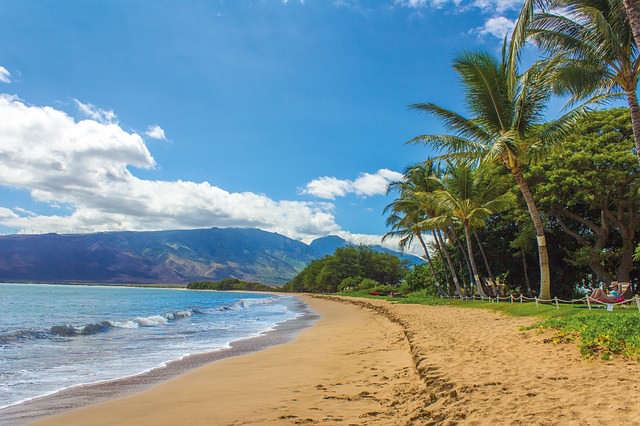 The good news that even a sluggish buyer’s market will lead to the market’s downturn in prices.  “In six months, you’re going to start to see price reductions,” said co-owner Ryan MacLaughlin of Island Sotheby’s International Realty in Maui.  Speaking of Maui, there’s an overhang of inventory pushing over $1 million due to outdated and pricey condos.  The market drags with this inventory, especially on a Hawaiian island where renovating and updating condos becomes awfully expensive.

There’s another factor aside from reluctant sellers and outdated properties that come into play when gaining insight into a buyer’s market: local incomes. Take for example Cook County, Illinois, home to several outlying commuter areas to Chicago.  Mansions and sprawling villas can be found in abundance, sticking on the market like a bug on flypaper for at least $1 million or more.

Drew Thaler and his wife weren’t attracted to these oversized suburban homes, especially weighing what it’d be like to resell a house that large.  So they ended up getting a 3,880-square-foot house listed for $1.250 million for $1.15 million instead, plus the contingency for closing on their old home. Thaler certainly came out successful in Cook County’s strong buyer’s market with an expansive home to show for it.

Take it from these buyers; being in a buyer’s market isn’t a free-for-all for premium inventory.  Lots of the houses left lingering on the market are in desperate need for renovations, especially when they’re located in second-home markets, or there’s a surplus of inventory put out by sellers’, not in a hurry to push off their luxury homes.

The overhang is a slog, but buyers need to be patient and wait for the surefire downturn of prices.  Patience and stubbornness in a buyer’s market are the deadly weapons in a buyer’s arsenal, but unfortunately, not all circumstances can allow them to be used.

Welcome to the Jungle: The Fierce Seller’s Market

According to Realtor.com, if you want to start with the most severe seller’s market in the country, look no further than Contra Costa County, California.  The pool of homes that supply the area are priced at $1 million and up, and as soon as they hit the market, they’re eaten up, gone in just over a month by ravenous buyers.

That’s why it seemed like a near-miracle when Elaine Burrell managed to close on a house she actually loved within her budget (just a touch over $1 million) in the area.  And it’s why when asked just how she did it, Burrell responded, “We were just really aggressive because we heard that you need to be.”

Burrell had a point, and perhaps one of the best pieces of advice coming from a veteran who had spent time in the most aggressive war zone of a seller’s market.  Being aggressive back against an extreme seller’s market worked in her favor.  It all started in her apartment in San Francisco, hitting the digital pavement on real-estate websites when she found a house listed in Walnut Creek for $1.15 million.

Burrell acted fast.  She had to.  She was already preapproved for a loan, so next, she called the listing agent and solidified an appointment to see the house before the weekend even hit.  That Saturday, she showed the home to her husband.  The next day she brought her parents.  On Tuesday, she made an offer along with four other bidders for $1.175, no contingencies, no inspection, plus an emotional letter, and topped off her bid with her and her husband’s wedding pictures.

But Burrell didn’t stop there, she couldn’t.  At this point, she was just winning the battle, not the war for the house.  The sellers asked to stay in the house for a couple of weeks after they closed…for free.  “In this market, you say yes,” Burrell said.  The sellers said other offers were higher, but it was the Burrells’ flexibility that won them the keys (perhaps not the wedding pictures after all).

The recipe for survival ended up being more than pure aggression.  While Burrell’s dogged pursuit was helpful to uncovering a gem just laid onto the market, it was her chance to play her trump card by being overly-flexible, albeit it was the market forcing her to play her hand, rather.  The secret ingredient in winning the dream home in a vicious seller’s market was more than a pinch of flexibility and a dash of tireless preparedness, it was likely a culmination these things, plus those wedding photos and heartfelt letter probably didn’t hurt.

Realtor.com may have something behind its “hotness” ranking, a score that tracks

how many times properties on the market have been searched across its site.  It’s a clever marketing tool, yes, but there’s actual truth behind it.  Envisioning a vacation home is what drives people to actually buying them.  The fantasy is what turns the gears of the second-home market.

The place that’s earned the title as the hottest second-home destination is none other than Palm Springs.  This literal hotspot has undergone a recent transformation, going from a quiet retirement community to hip, happening host to Coachella.  Paul Kaplan of Bennion Deville reports that one of their listings at $2.2 million sold at the open house.  Such a swift deal is reflective of the hottest destination.

These hottest destinations are a delicate inventory balance as their markets often veer towards that of a buyer’s market as well as making it on the hottest second-home list.  Key West is among these spots, having a flood of inventory but ranking in at a hotspot destination.  No matter clues of a traditional buyer’s or seller’s market, there is truth to understanding the idiosyncrasies of the local area that hold the key in weeding out those just testing the market to the ones who are serious.

The Best of Both Worlds

In rare cases, homeowners can find themselves straddling both markets—and that’s not a bad thing.  A seller in the heart of a thriving seller’s market has the upper hand when in search of their next home. They can take their time selling their place that’s seen as a hot commodity while casually switching hats to that of a buyer without feeling the pressure that a typical buyer normally undergoes.

Stepping foot into Boulder, Colorado, one doesn’t have to be a Boulder native to know that this quiet, serene mountain town with an artsy flair is a ripe seller’s market.

Renée Berberian, a 54-year-old filmmaker, was in a unique position of searching for the perfect condo off of Pearl Street Mall in Boulder’s downtown while simultaneously selling her and her husband’s 5,500-square-foot house built in the center of the town, listed for $5 million.  Her perfect condo requires about $1.5 million to hit all of the marks.

With her old home being in a prime spot for hiking and shopping, it seemed like when Berberian’s agent said they “have a good chance of selling,” it was an understatement.  While it does appear that Berberian was in a better position than other buyers in the competitive pool of Boulder’s seller’s market, she and her husband would still need to pour their funds in any condo they find to renovate it to their dream property.

Joe Gruttadauria found himself in a position identical to Renée Berberian, except he was in Pompano Beach, Florida.  The 59-year-old software executive was playing by the doubles as a buyer and a seller in a strong seller’s market.  He had purchased a beautiful luxury waterfront condo at the luxurious Plaza at Oceanside in Pompano Beach in 2011 for $1.2 million.  Now, he has it listed for $2.125 million.  The price increase is a nod to the thriving seller’s market in Broward County and robust local development in Pompano Beach. 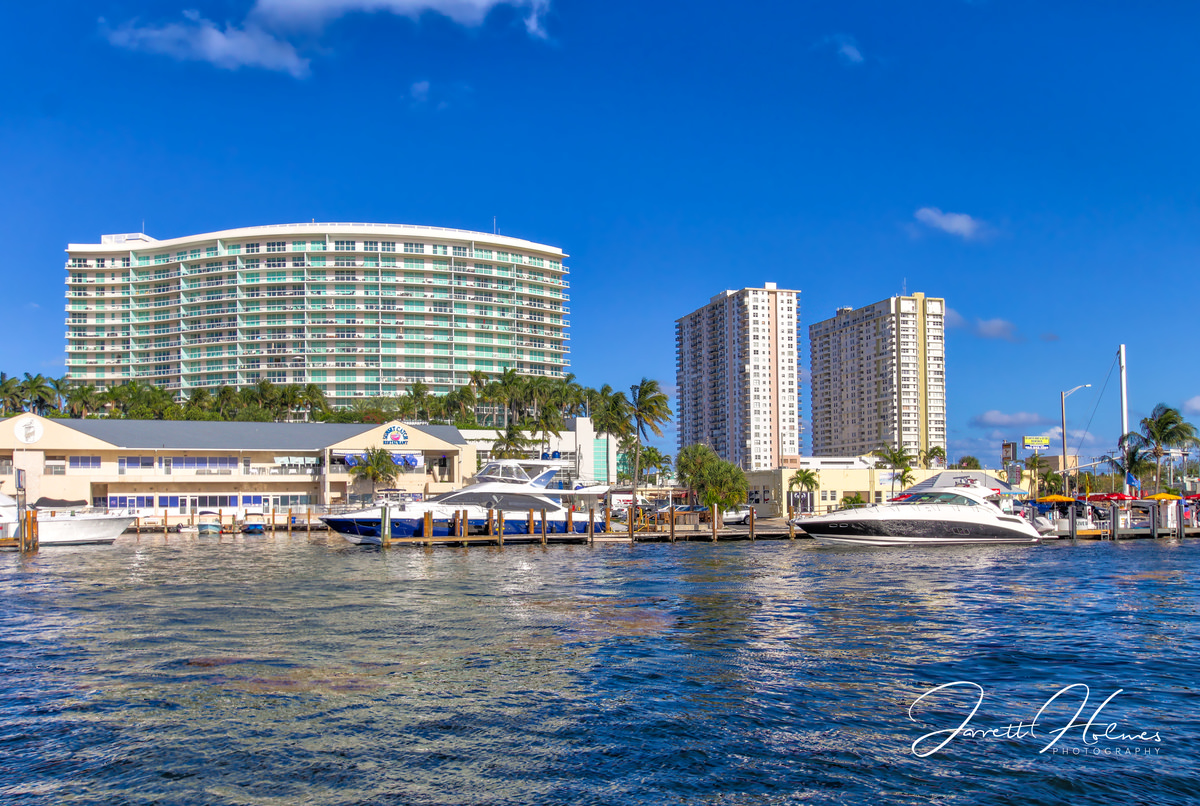 Gruttadauria paired up with the area’s leading luxury waterfront real estate specialist, Ed Cook of Continental Properties.  His wants are the same as they were back in 2011: strike close to the $1 million mark, hit the same strong market, and remain in the same luxury building, The Plaza at Oceanside—the only difference?  Buy a smaller condo.  Fortunately, with an insider like Plaza at Oceanside resident agent Ed Cook on his side, Gruttadauria will be able to investigate units even before they officially hit the market.

“The best way for me to grab a good price is to keep my eyes open and find a motivated seller,” Gruttadauria said.  Being a buyer and a seller in a seller’s market does require vigilance like Gruttadauria says, and has learned from Burrell’s tenacity, but who else better to help keep your eyes open than an agent intimate with the local market?

Broward County, home to the flourishing Pompano Beach area and expansive Fort Lauderdale, is one of the nation’s most promising seller’s markets.  But no matter if you’re a buyer, a seller, or a buyer in a seller’s market, there’s one professional who can be your eyes, ears, and dedication in the luxury real estate market of Pompano Beach. It’s Ed Cook at Ed Cook Real Estate—732-997-8620.