Researchers at the Florida International University and Florida Atlantic University have released a report showing that homes in Florida are overpriced. Findings from this new study might negatively impact the current buyer influx into the market.

Home prices in the state moved above the regular price trend, selling at a massive 21.76% as of June 30. When compared to the stats from April (17.17%) and May (19.24%), the current numbers show a significant increase.

According to the data available, one area that has become a major cause for concern is the Tampa Bay metro. In June alone, Tampa homes saw their premiums soar to around 32% in contrast with April’s 26.14% and May’s 28.53%

This wasn’t any different for Orlando as well, going all the way up from 18.45% to 19.79% and eventually 21.19%. The rising long-term trend spans from April through June and shows how high the level of overpricing has become.

The study carried out by these two researchers involved a review of home pricing data from Zillow spanning more than two decades.

Johnson and Beracha analyzed the prices of single-family homes, condos, townhomes, and co-ops.

But what exactly is fueling the rising cost of real estate in Florida?

According to the researchers, there are currently more buyers than sellers in the market. Mortgage rates are now cheaper when compared to previous trends and we are also seeing more buyers from other states enter the Florida stage.

With these facts to consider, there probably won’t be a significant housing crash anytime soon. Ken H. Johnson, College of Business Associate Dean at the Florida Atlantic University and real estate economist, predicts some cooling off on buy pressure for a short while before the market rebounds and takes off again.

So any investors who bought at the highest rates will only stay stuck in the crunch for a relatively shorter time before recouping huge returns.

However, Johnson maintains that there’s much to be worried about regarding the increasing premiums in the state. Although what’s happening now may not be as alarming as the last cycle that saw home premiums rise by up to 60%, he says there’s a need to exercise caution.

Buyers are better off walking away from an overpriced home or they could risk being burned by the market once it flattens. 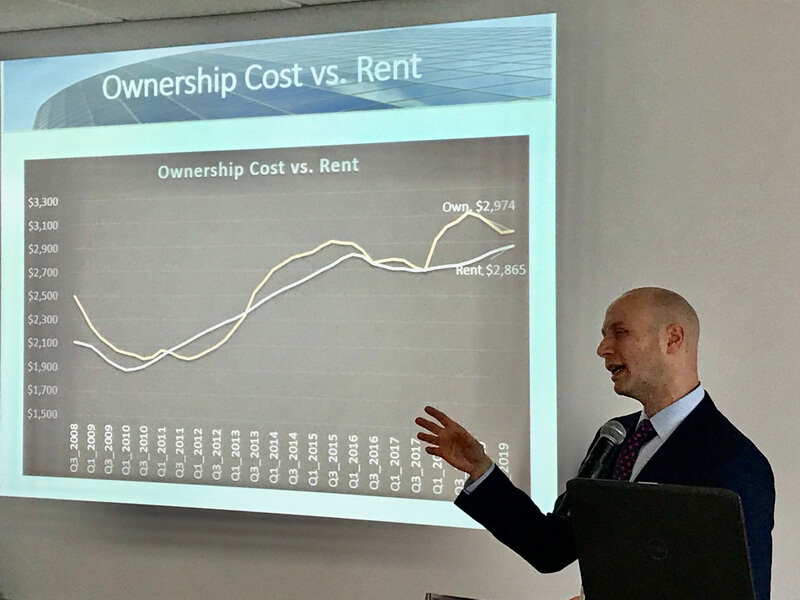 Eli Beracha at the Hollo School of Real Estate in Florida International University has also given some advice to consumers to consider renting homes instead of trying to own them.

Although rent fees are also seeing an increase alongside premiums, the rate of increase is much slower when compared to the rising prices of homes in the state. Beracha thinks that renting and then reinvesting could help to slow down the current pressure on prices.

Contact Ed Cook today for all your real estate needs in Florida.